Breaking News: A judge says George Zimmerman can be released on $150,000 bail… 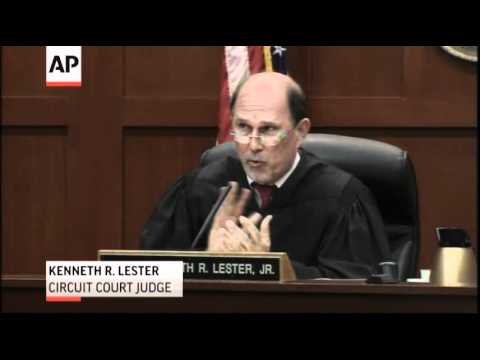 Video: Lindsay Lohan returning to jail for 30 days because she violated her probation

A Los Angeles judge on Wednesday ordered troubled actress Lindsay Lohan returned to jail for 30 days because she violated her probation on a theft charge earlier this year and a 2007 drunken driving charge. (Nov. 2)

Video: Lindsay Lohan May Face More Jail Time – The actress will find out on Nov 2, 2011

An L.A. judge revoked Lindsay Lohan’s probation on Wednesday, saying she failed to finish her community service sentence at a women’s shelter. The actress will find out on Nov. 2 if she’ll be sentenced to jail.

An Italian appeals court has thrown out Amanda Knox’s murder conviction and ordered the young American freed after nearly four years in prison for the death of her British roommate.

A tearful Amanda Knox has told an appeals court in Italy that accusations that she killed her British roommate are unfair and groundless. A verdict is expected later today.

Jurors at the trial of the doctor accused of killing Michael Jackson on Tuesday heard the pop star’s slurred words while he was on a powerful anesthetic, caught on tape weeks before his death.

The appeals case to uphold the murder conviction of Amanda Knox in the 2007 slaying of her roommate continued on Monday with a lawyer representing the family of the murdered student presenting his closing arguments.